American Gothic Literature is full of hauntings, fear, death, and madness. What better time than the fall to dive head first into a few creepy classics?

Disclosure: This site contains affiliate links for products and services I recommend. When you make a purchase through an affiliate link, at no additional cost to you, I may earn a small commission. Read our full disclosure here.

What is American Gothic Literature

American gothic literature is a sub-genre of gothic fiction. It is characterized by macabre, superstition, madness, death, and the uncomfortable.

The American Gothic Literature movement of the 19th century is a response to the optimism and purity of transcendentalism. Gothic tales mock enlightenment and discuss a more disturbing human experience.

Edgar Huntly or, Memoirs of a Sleep-Walker by Charles Brockden Brown

Edgar Huntly, written as a 200 page letter, is one of America’s first gothic novels. Brown creates a gothic feel through suspense and the unknown, weaving in themes of irrationality, passion, and individual liberty.

Standing near the tree where his friend was murdered, Edgar Huntly sees a servant digging and wailing. He concludes he must be the culprit. As a sleepwalker, Huntly continues to wake up in obscure, dark places. He is unable to control himself or get to the bottom of the crime.

Get Your Copy of Edgar Huntly | Other Gothic Works by Brown: Wieland

The Fall of the House of Usher by Edgar Allen Poe

Poe, known for his less traditional and more psychological works, is a master of mystery and macabre.

If you ever want to get lost in the analysis of Poe for fun, study the Philosophy of Composition. Written as a “how to,” it’s one giant satire on how to read his gothic works.

In The Fall of the House of Usher, Poe’s narrator visits his friend, Roderick Usher in his decrepit family mansion. Roderick’s twin sister is ill and later dies, though her checks remain flush. Insisting she remain in the house for two weeks, Roderick convinces his friend to help with the entombment.

I guess he was being a good friend…

Over the next two weeks, Roderick and his friend grow increasingly uncomfortable, nervous, and even irrational as they hear sounds coming from inside the house.

Get Your Copy of The Fall of the House of Usher | Other Gothic Works by Poe: The Tell Tale Heart, The Pit and the Pendulum and others

The Legend of Sleepy Hollow by Washington Irving

Sleepy Hollow is known for its ghosts and hauntings that seem to invade the minds of its inhabitants. Particularly, the Headless Horseman – the ghost of a Hessian trooper whose head was shot off during the American Revolution. He returns to the scene nightly in search of his head.

Irving masters the horrifying and mystical, yet is satirical in his idealization of the wilderness.

Get Your Copy of The Legend of Sleepy Hollow | Other Gothic Works by Irving: Rip Van Winkle

The Yellow Wallpaper is a short story, also central to the feminist literature movement.

Gilman chronicles the journal entries of a woman forced into a “rest cure” by her husband. He rents a mansion for the summer and forces his wife to stay in what was once the upstairs nursery. Resting in the nursery – full of barred windows – should cure the woman’s hysteria and nervous depression.

Gothic interpretations of this short story focus on madness and powerlesness. It could be considered a ghost story…but even more sardonic, it might not be.

Get Your Copy of The Yellow Wallpaper

The Blithedale Romance by Nathaniel Hawthorne

Hawthorne’s gothic romance is based in part on his own experience a social community. Slightly voyeuristic at times, Hawthorne shows the disillusionment and hypocrisy of an idealized community.

Miles Coverdale makes his way to the seemingly utopian community of Blithedale and acquaints himself with the town’s idealists. As we meet the group leader, the reformer, the feminist, the hypnotist, and others it becomes clear things aren’t as they seem.

If you watched Wild Wild Country about Osho and the Rajneeshpuram community on Netflix you know where this one goes.

Get Your Copy of The Blithedale Romance | Other Gothic Works by Hawthorne: The Minister’s Black Veil, Young Goodman Brown

It is a book about Captain Ahab’s obsessive quest to find the giant whale who bit off his leg. And that pivotal moment where the attempt to control drives a human being insane. Literally mad. Moby Dick is a book about obsession and insanity.

The Lit major in me needs to tell you that it’s basically a jab at Emerson and transcendentalism. Melville’s masterpiece is written to basically mock “enlightenment” as a toxic ideology.

Don’t you want to read it now…

Get Your Copy of Moby-Dick | Other Gothic Works by Melville: Benito Cereno, Bartleby the Scrivener

Southern gothic literature is a subdivision of classic American gothic. Still with elements and themes of horror and irrationality, Southern Gothic focuses on the decaying nature of the post-bellum South.

As I Lay Dying by William Faulkner

Faulkner supposedly authored As I Lay Dying between midnight and 4am, over a six week period, without changing a single word.

I wonder how much booze he was kicking back…

Central to his gothic tale is the death of Addie Bundren and her family’s quest to honor her wish to be buried in her hometown of Jefferson Mississippi. On the pilgrimage to Jefferson, Addie’s husband and five children, along with her unembalmed body, encounter difficulties such as broken bones, refusals of help, and almost losing the coffin in a barn fire.

The story is told by fifteen narrators. Their tones vary from comedic to deeply sad. Faulker’s stream of consciousness style provides profound and depressing insight to the poor, rural south.

Get Your Copy of As I Lay Dying | Other Gothic Works by Faulkner: Absalom, Absalom, The Sound and the Fury

In Cold Blood by Truman Capote

Yes, the same guy who wrote Breakfast at Tiffany’s was a wavemaker in Southern Gothic American literature.

In Cold Blood chronicles a true account of the Kansas murder of four members of the Herbert Clutter family. Prior to the capture of the actual murderers, Capote and Harper Lee traveled to Kansas to interview townsfolk and investigators about the murders.

A traditional gothic tale and pioneer of true crime fiction, Capote’s bestseller gives readers a look into the disturbing psyche of a killer.

Get Your Copy of In Cold Blood | Other Gothic Works by Capote: Other Voices, Other Rooms

The Color Purple by Alice Walker

The Color Purple possesses many traditional gothic elements, such as violence, alienation, and poverty.

It chronicles the abusive home life of two sisters in the early 20th century. The novel follows Ceily, who marries Mister so her sister doesn’t have to, helps her sister escape, and, finally, find refuge in Shug Avery.

Get Your Copy of The Color Purple

Whether outright terrifying, psychological disturbing, or slightly uncomfortable, these American gothic tales will have you shivering to the bone.

Save these creepy American gothic literature titles for when the kids go to bed. Pin it here: 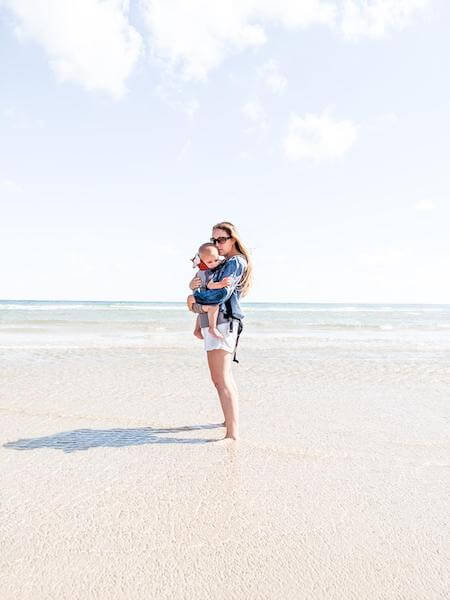 I'm a boy mom to two adventurous toddlers. Join us as we explore near and far, travel the world, and share our favorite tips and destinations along the way.