If a Paris Catacombs tour is not on your Paris “must-do” list, it should be! Obscure and off the beaten path, a trip to the Paris Catacombs is a memorable, unique experience! 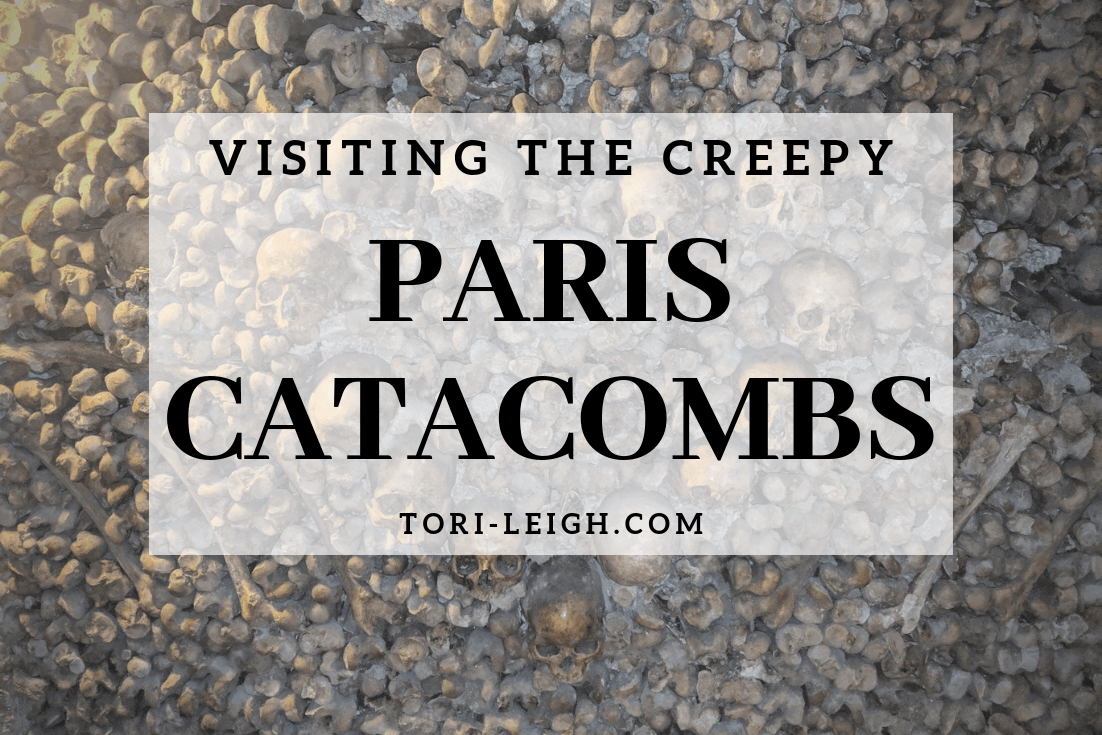 This sight contains affiliate links for products and services I recommend. If you make a purchase through an affiliate link, I may earn a small commission.

The Catacomb of Paris

Yikes! These words greet you as you embark on your tour of the creepy Paris Catacombs.

The Paris Catacombs is a network of tunnels and rooms that lie 3,000km below the streets of Paris and house the bones of six million Parisians. The underground ossuary contains the remains of Marat, Robespierre, and many others who perished during the French Revolution and earlier. 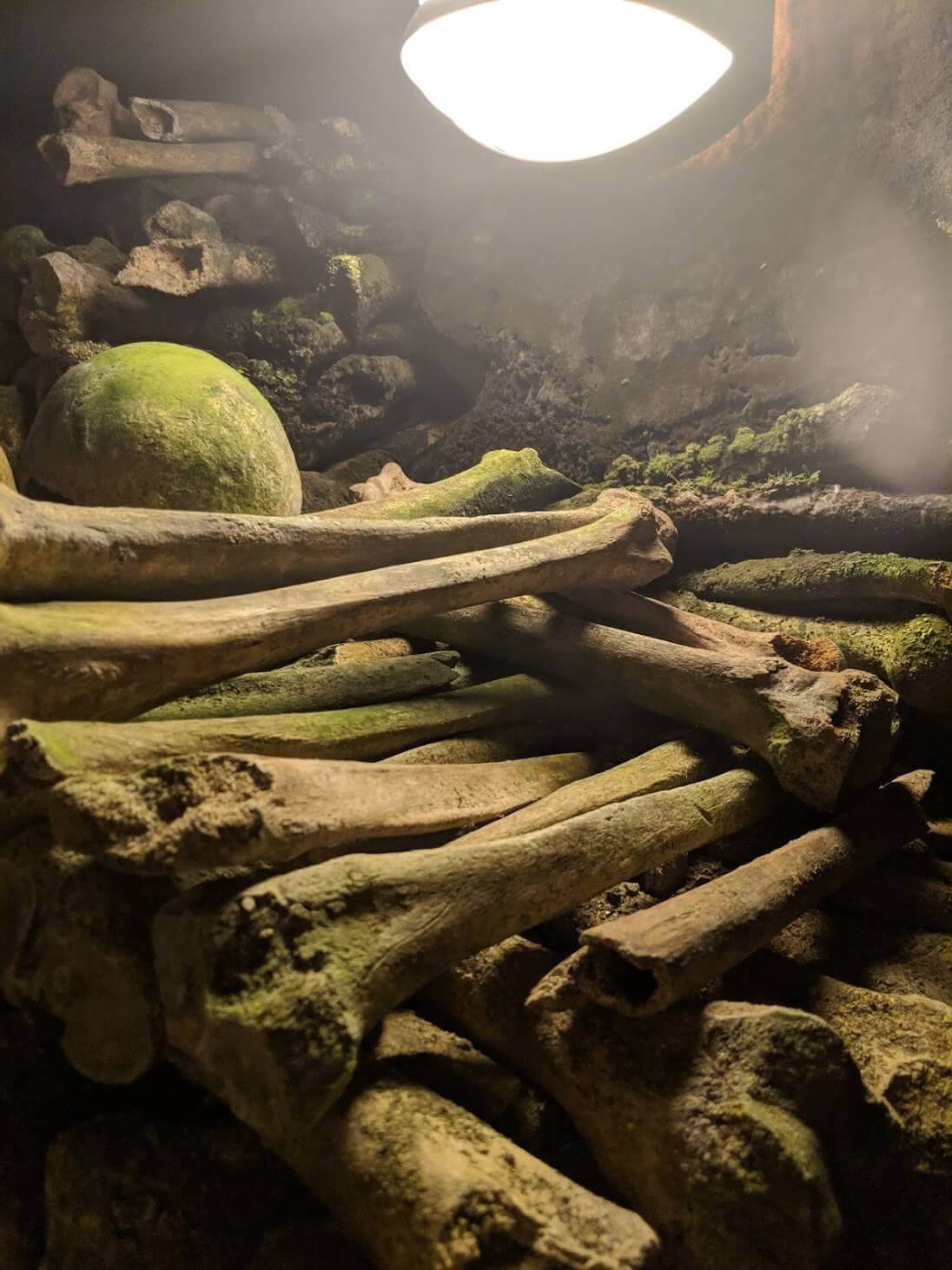 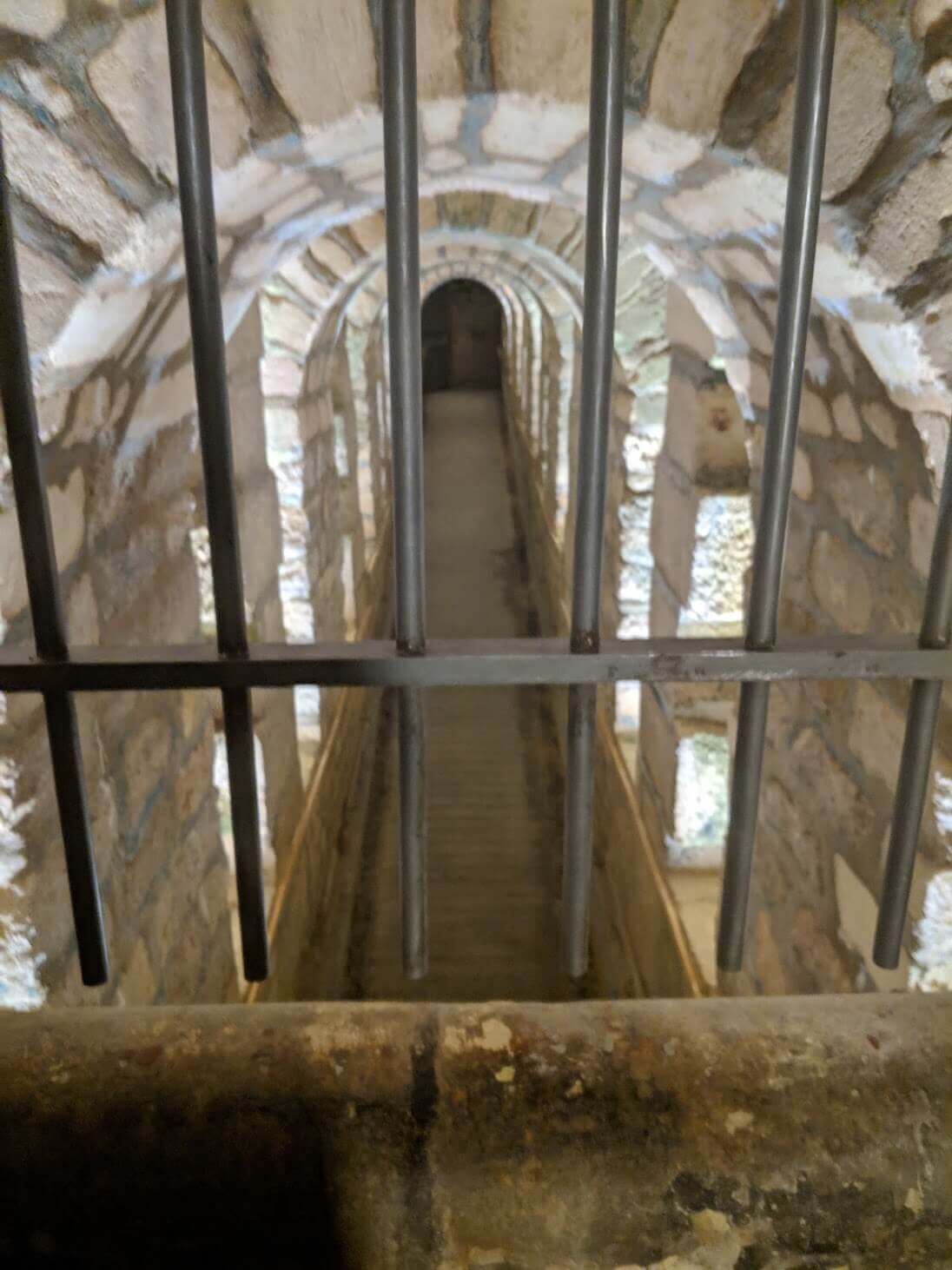 Though not unheard of, a tour of the Paris Catacombs is not as popular as iconic landmarks like the Eiffel Tower or Arc du Triomphe. Visiting the Catacombs and Montparnasse isn’t trendy by any means. With tourists flocking to neighborhoods such as Le Marais, Saint-Germain-des-Prés, and the Latin Quarter, the Catacombs can often fall by the wayside, especially for first timers. Most tourists favor shopping and dining (and instagramming) over checking out the bones of dead Parisians.

History of the Paris Catacombs

Though creepy and obscure, a tour of the Paris Catacombs is unique and full of Parisian history.

Taking a tour of the Paris Catacombs is incomplete without understanding its history.

In the late 1700s, amidst major outbreaks, cemeteries made the decision to transfer their contents to an underground ossuary.  Paris authorities chose the former Tombe-Issoire quarries beneath the Montrouge area. From 1785-1787, the first evacuations of remains were made from the largest cemetery in Paris: The Saint Innocents Cemetery. Tombs and graves were emptied overnight and transported via covered wagon to avoid attention and controversy. Quarry workers piled bones into quarry wells, then distributed and stacked them into galleries.

In 1786 the site officially became the Paris Municipal Ossuary and nicknamed the Catacombs, in reference to the Roman Catholic Catacombs. The Paris Catacombs opened to the public (by appointment only) in 1809. Due to popularity, Inspector Héricart de Thury ordered the ossuary’s renovation and rearrangement. Transfers continues after the French Revolution, until 1814. The last bones were laid in 1860.

Today, the ossuary holds the remains of over 6 million people and welcomes over half a million visitors annually. 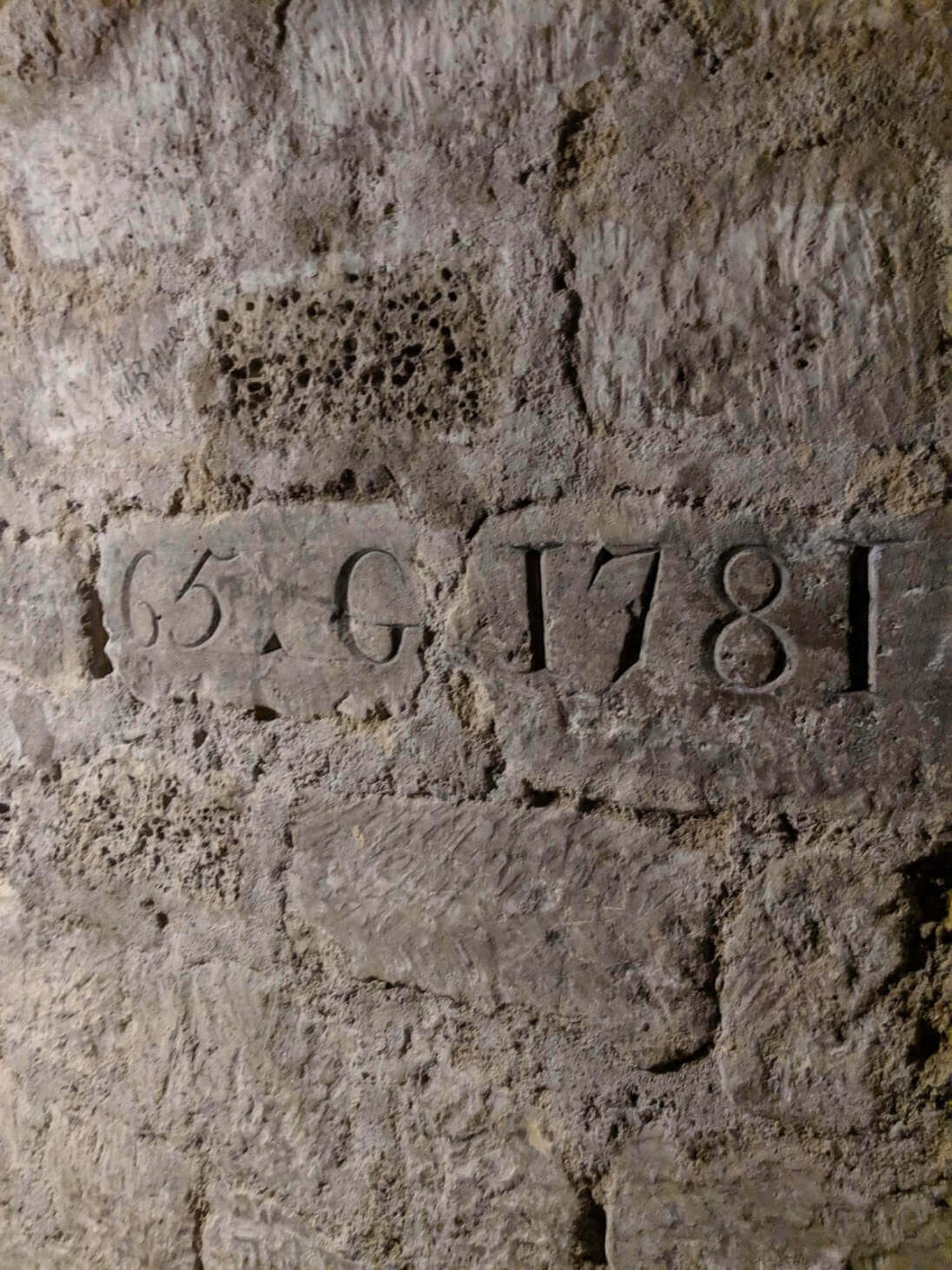 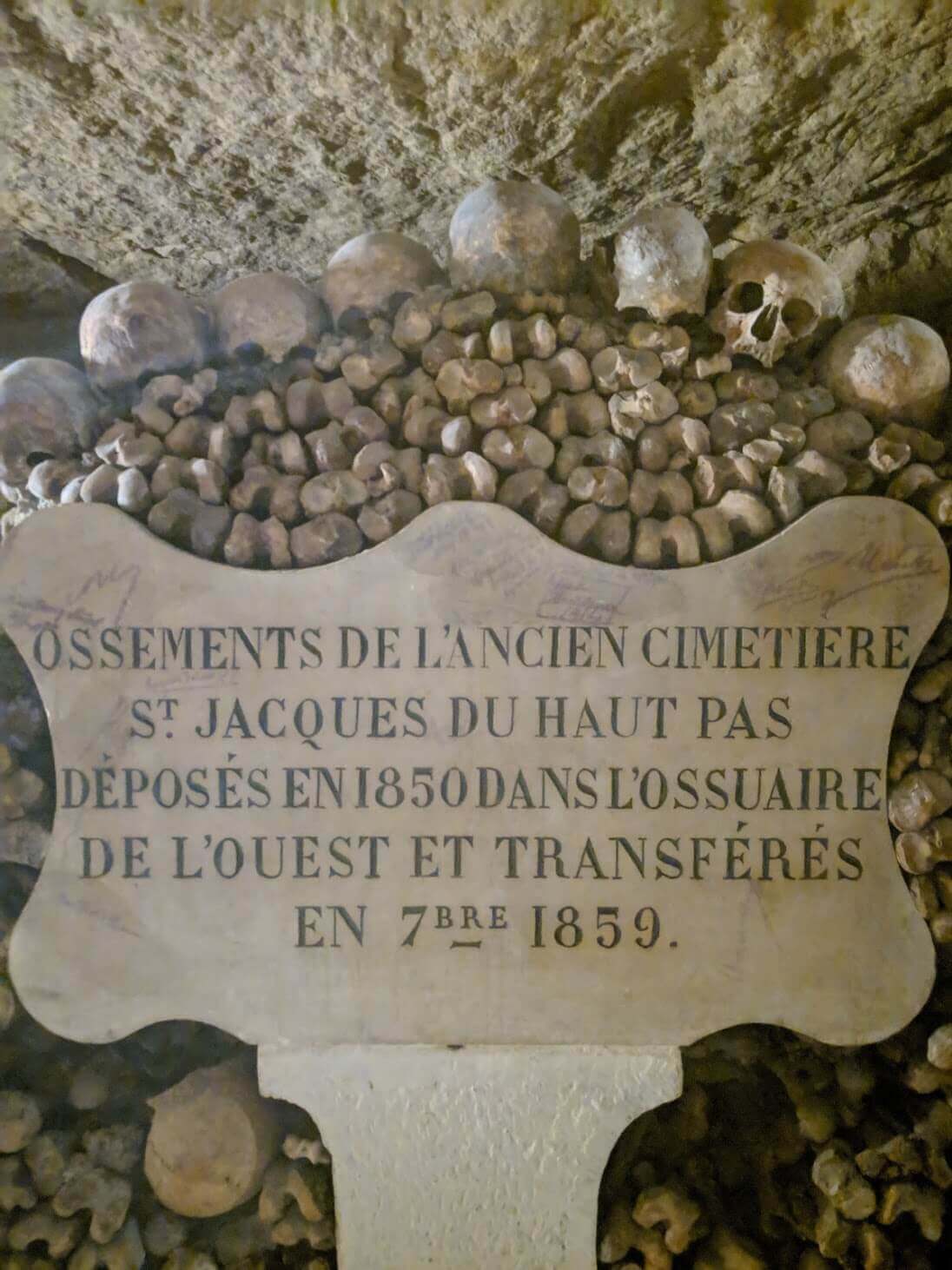 The Paris catacombs are in Paris’ 14e arrondissement, on the edge of Montparnasse. To get to the Catacombs, take the Paris metro 4 or 6 to Denfert-Rochereau station, which is across the street from the entrance on Avenue du Colonel Henri Rol-Tanguy.

Admittance caps at 200 visitors. The low capacity keeps the catacombs from getting overcrowded, but lines get long fast. I recommend purchasing tickets in advance, regardless of when you visit. Even in the off season, the line wrapped around the building by 8am.

The Catacombs are open Tuesday through Sunday, from 10AM to 8:30PM (last admittance is 7:30PM).

You Can Purchase Tickets to the Catacombs Here:

The average temperature in the Catacombs is 14C (57F) and humid. In January, I was comfortable wearing a winter coat inside the ossuary. Comfortable shoes are a must. It can get damp underground, too, so wear practical shoes. Save your sexy selfies for later. 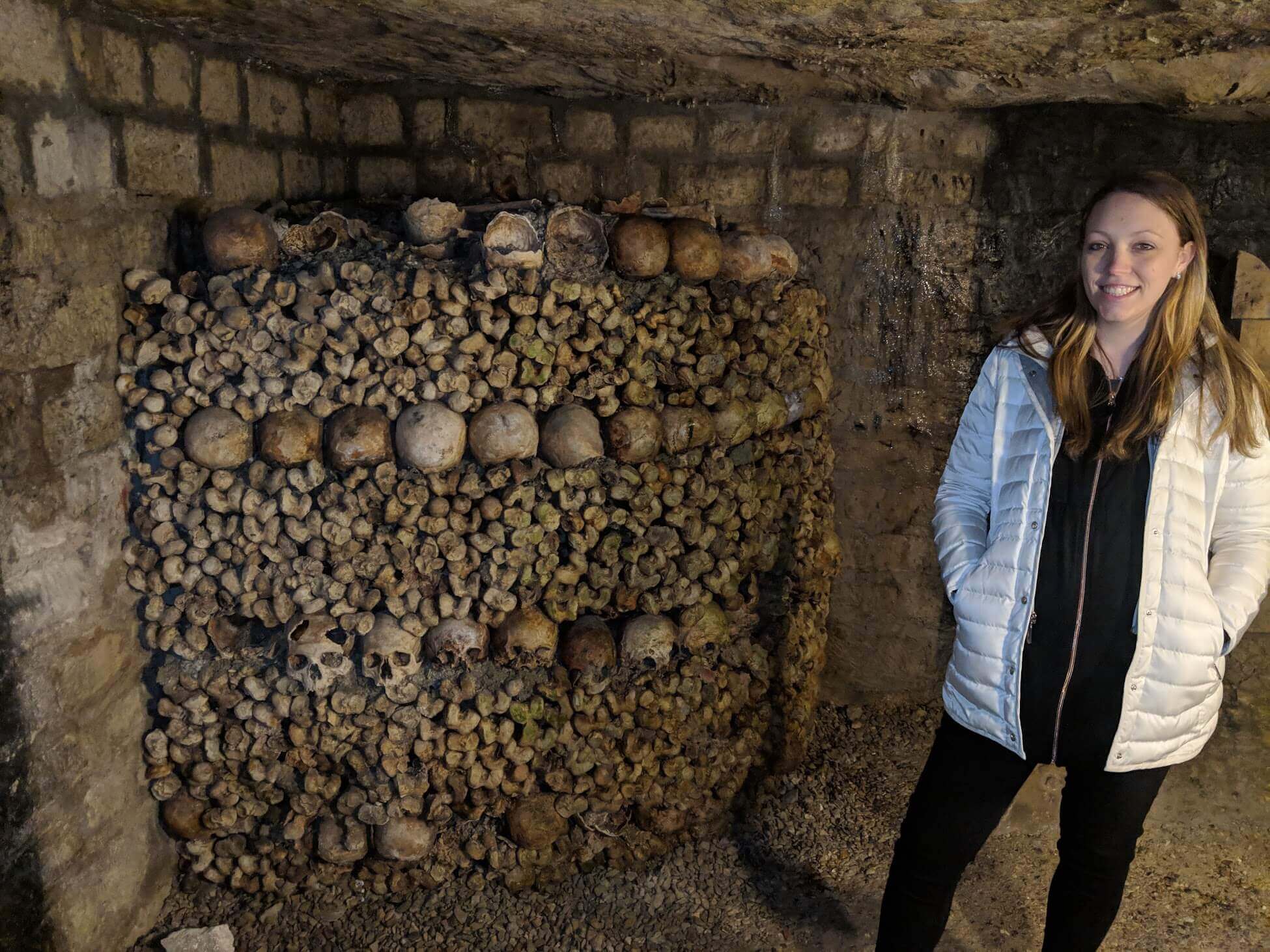 More To Know Before You Go 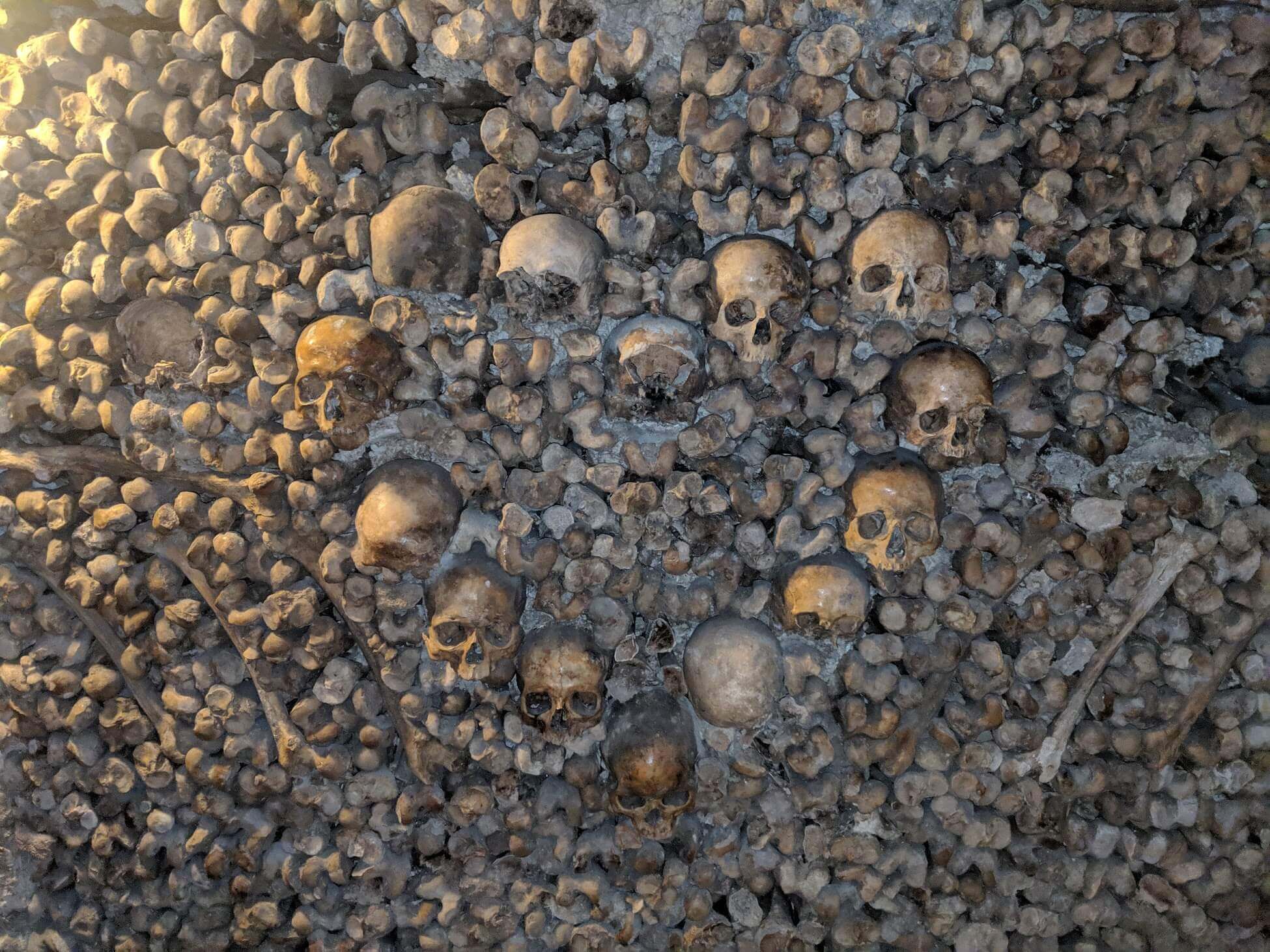 After Your Paris Catacombs Tour: the 14th Arrondissement

The Catacombs lie at the southern border of Paris’ Montparnasse neighborhood (in the 14e Arrondissement). It is not the most visited part of Paris, as it’s away from the Seine and most major tourist landmarks and other neighborhoods. Montparnasse is full of history and culture, though. The Montparnasse Cemetery houses the remains of famous writers and intellectuals like Charles Baudelaire, Jean-Paul Sartre, and Simone de Beauvoir. The neighborhood is also home to many famous literary cafes which were frequented by writers such as Hemmingway and Fitzgerald.

Save for Later. Pin it Here! 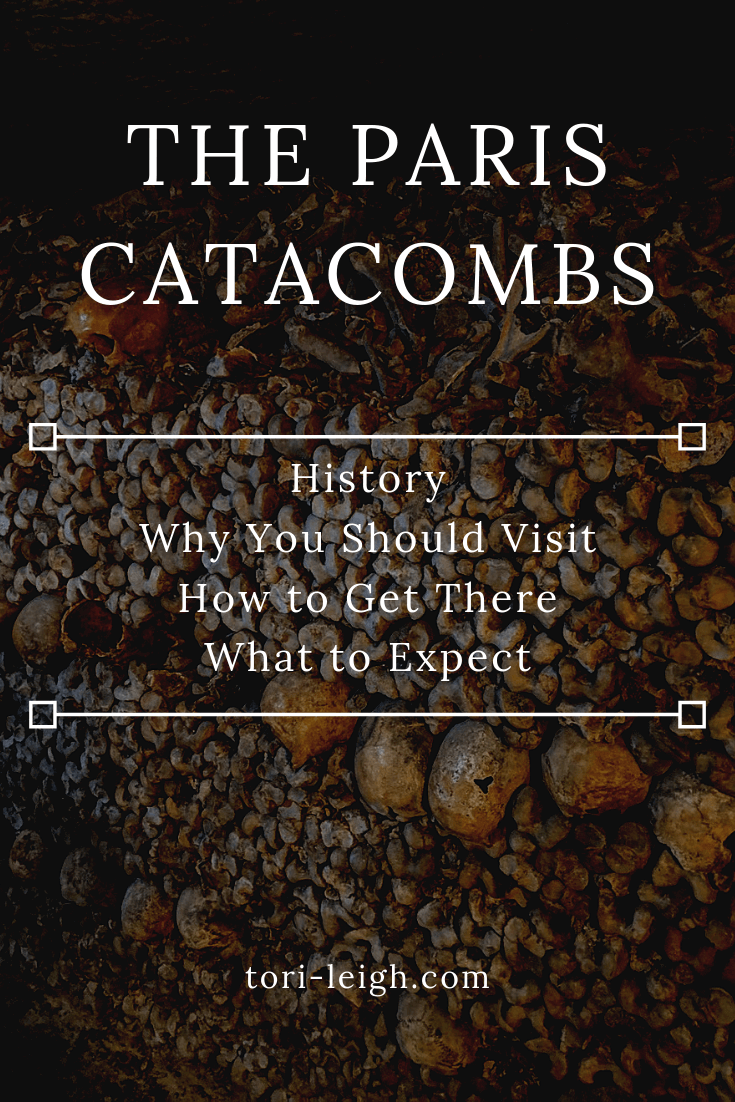 Have you been to the Paris Catacombs? Would you enjoy visiting? What other obscure travel destinations pique your interest?

I'm a boy mom exploring and hiking the world, usually With a toddler on my back. Join our epic adventures and get inspired to start taking your own!